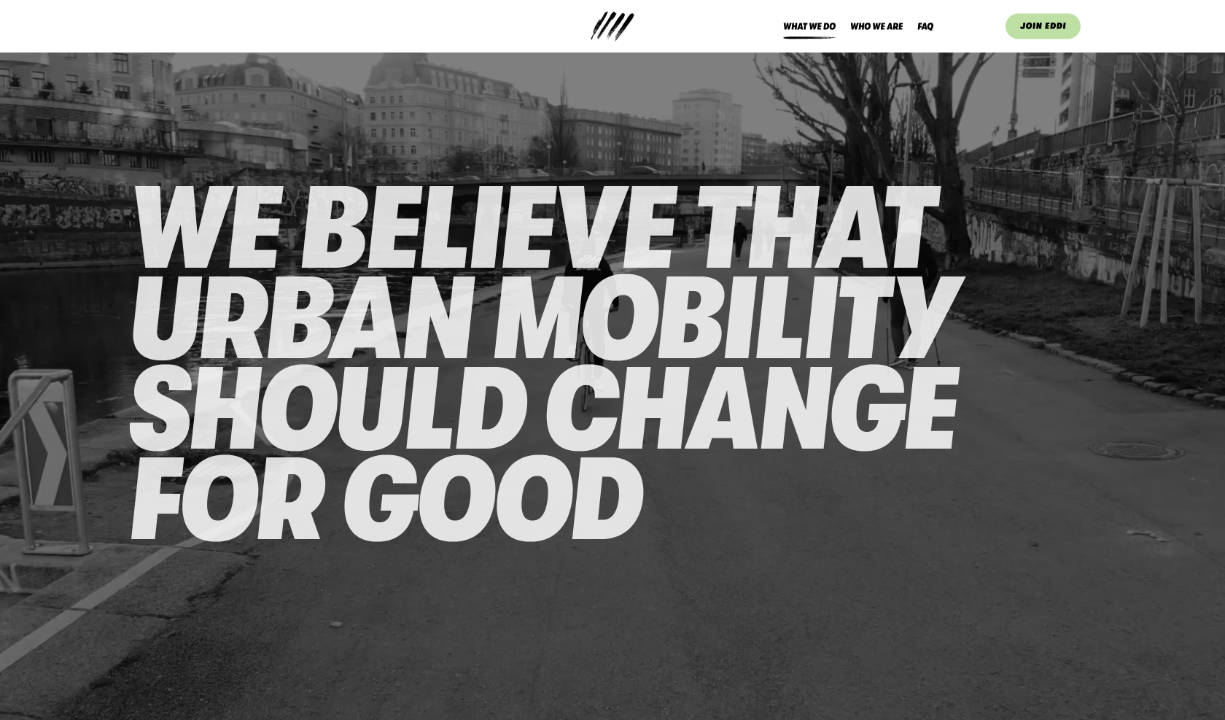 EDDI Bike is Austria's first bicycle rental. It still being under development, I did the development for the landing page (What We Do), Who We Are, B2B and Impressum. The designs and Corporate Design are made by openbranddesign.com, the UI/UX by EDDI Bike themselves, the realisation of the website and some small parts of the UX by myself.

The image on the left side is a screenshot of the landing page. 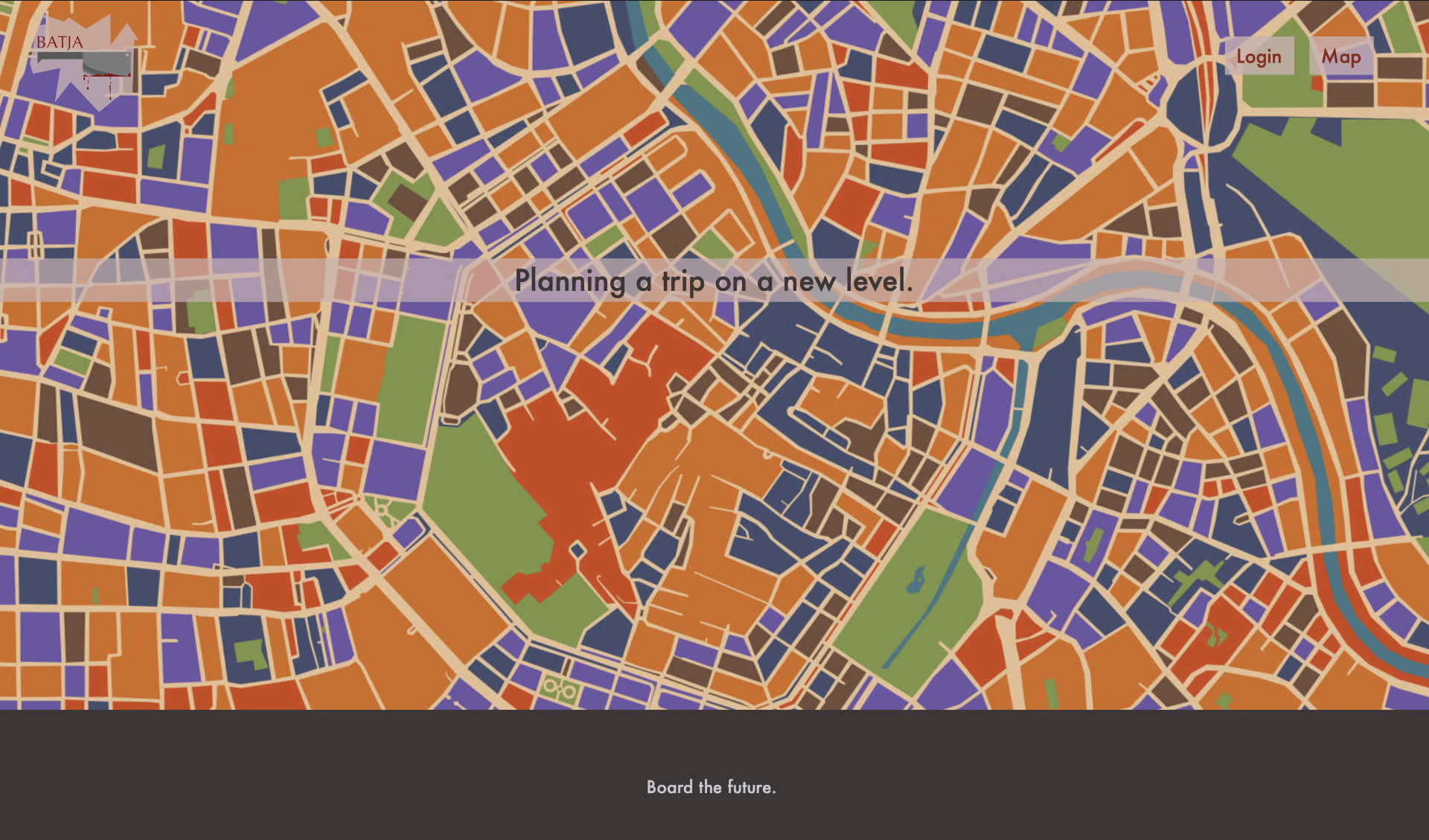 BATJA [/ˈbʊtʃ.ə(ɹ)/] is a cross media traffic jam service. An Android app tracks location data of multiple users and sends them to an database where a web service calculates the current situation

The website offeres detailed information on the presently traffic situation, like where the traffic is slow and what the average speed is. The elaborate algorithm that had already been used for the app had been adapted for the JavaScript application to visualise everything user might want to know on an actual map. Also the server hosts all the webservices necessary to calculate if the traffic is moving or not. A Rest-API as well as a Soup-API are implemented.

This is the every heart of the whole BATJA service and is where it all began. Via GPS the location information of the user is tracked to send all the information as a JSON file to the webservice to save the data in the database. Simultaneously, the data is retrieven by the same webservice to show all user information and information about the traffic to the user's smartphone. The MD5 hash algorithm is used to encrypt the user data.

What is Smart Charging?

In short, Smart Charging is a service for intelligent charging of devices from smartphones to electric vehicles.

This is the website for Smart Charging, which - had the project been continued - shows the user all stats about their power consumption, savings and so forth. 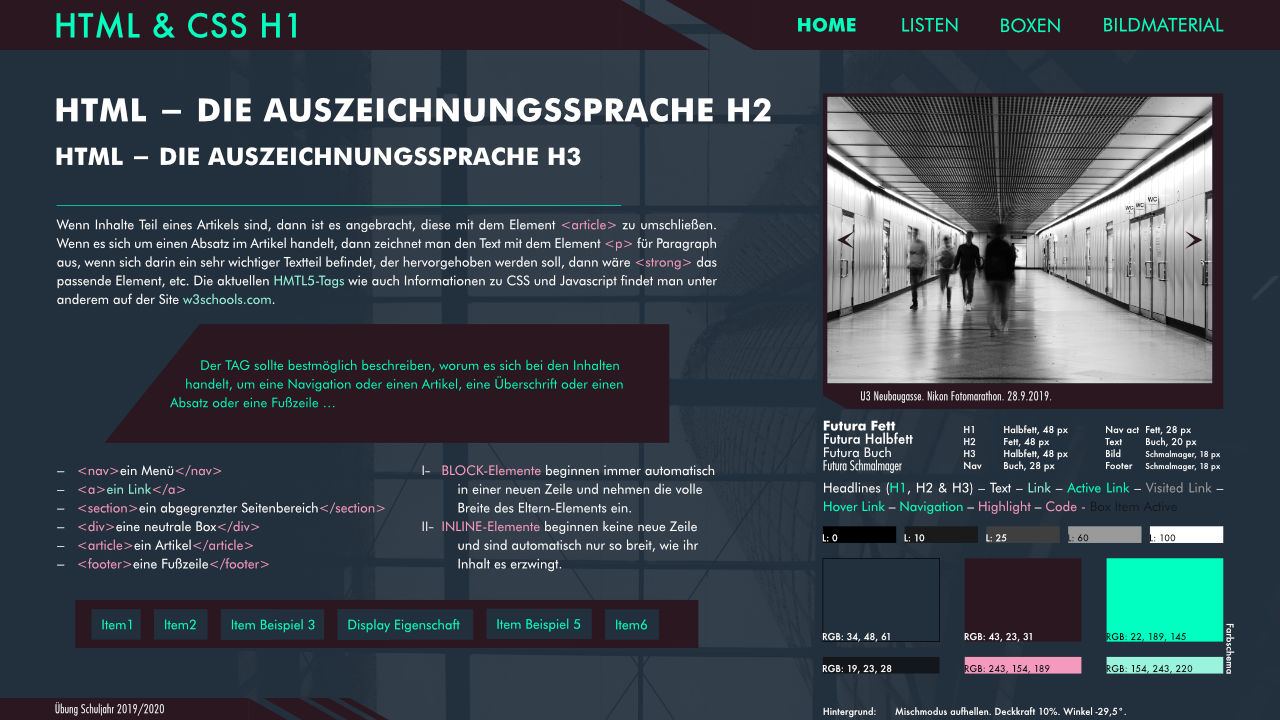 A website for die graphische as an exercise for HTML and CSS (duh).

The image on the left side is the styletile I did as a guide for the development.